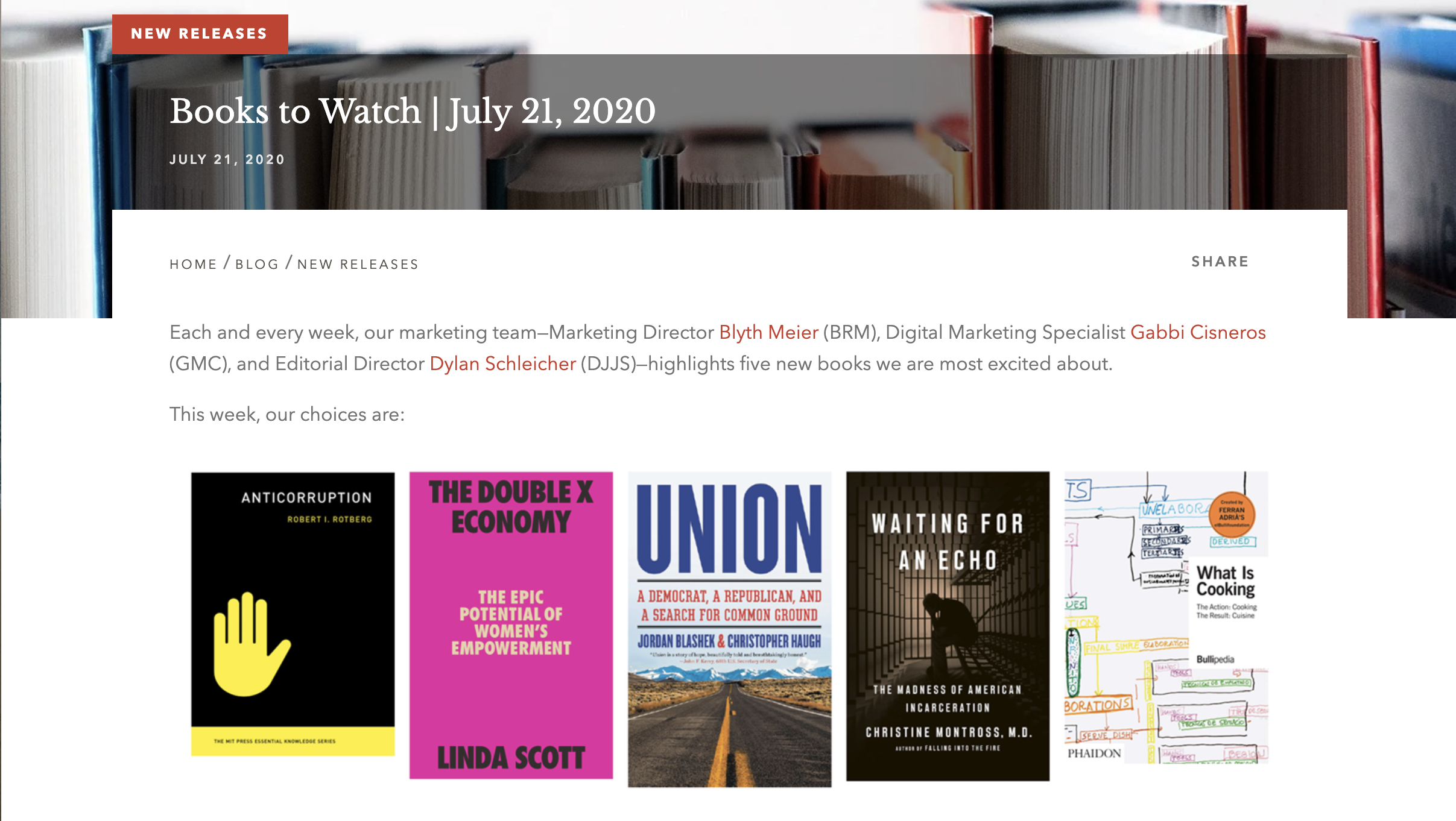 Reprinted below. For the full review, go to the Porchlight Book Company blog.

Union: A Democrat, a Republican, and a Search for Common Ground by Jordan Blashek & Christopher Haugh, Little, Brown and Company

If I were being brutally cynical about it, I would say that Union is about “two whites guys who graduated from Yale Law School together who realize they aren’t so different after all.” And I must admit that there was a hint of that thought in my mind as I opened the book—but I was quickly disabused of that cynicism. At a time when it feels like partisanship has begun to undermine patriotism, Union is about how these two friends came to understand each other, and our entire country, more deeply in the process.

They spent three years on the road together, traveling through the diverse communities—large and small—that make up our nation. Their stories will make you wistful for a time we could do that without worry (they admit it is easier, even in normal times, to do so without worry as two white males) but they are also prescient of many of the social issues and policy debates that are at the forefront today. Their conversations about police killings and the mass incarceration of Black men feels like it could have happened last week. They visited the Greenwood Cultural Center and the Black Wall Street Memorial in Tulsa, in the news last month as the president held a rally nearby the day after Juneteenth. They talk about voter disenfranchisement and election security, now on all our minds as November nears.

There is a moment in the book’s conclusion, in which Chris, a secular Democrat who worked in the Obama administration, tells Jordan, a Marine veteran who now works in impact investing, that he has picked up and started reading one of the bibles from his motel-room drawer. Their discussion about it is, to me, an encapsulation of one of the most powerful lessons of our present moment, as Jordan relates how one of the things he’s always loved about the Torah is that “the greatest prophets all argue with God at various points,” reflecting that:

The most revered among us are not those who have blind obedience, but those who argue and protest.

In the wake of the passing of John Lewis and C.T. Vivian over the weekend, and amidst the ongoing protests in America, I can’t imagine a more timely reflection. He continues talking about how God’s promises to the Jewish people have taken decades or millennia to fulfill, and how:

In fact, those promises might never be fully realized, but each generation is tasked with remembering and struggling to realize them and wrestling with our faith in spite of it all.

It is a little uncanny how much the conversations they have on the road reflect the current situation in our streets. What emerges in their conversations, and those they had with others on their journey, is the power of our shared values even in the presence of competing beliefs, a similar hope for progress even if we have different ideas about how to achieve it. It reveals that we are more complex, and connected, than most of us assume. (DJJS)

Read this interview with the co-authors in conversation on the struggles and language of finding common ground.

Reach out to us.

Thank you, Your submission has been received.
Oops! Something went wrong while submitting the form.